Frequency range electromagnetic measurements are typically used in ore prospecting to determine the location, thickness, and tipping of conductive ores. The same properties can also be assigned to fracture zones or transplants. Other applications include, for example, mapping frost and mapping the distribution of electrically conductive contaminants.

The absence of a separate transmitter loop simplifies the measurement. The measurement can be performed by one person. There is a long experience of using the method and the processing and interpretation of the data is typically clear. Since this is an electromagnetic method, the conductor does not necessarily have to be massive. Ice won’t interfere the measurement.

We use the Geonics EM-16 / EM-16R for VLF and VLF-R measurements, which happens to be the most widely used electromagnetic geophysical instrument of all time .

The result is the real and imaginary components of the secondary field at each point. Typically, the results are presented as a line profile. The conductivity distribution (classification of conductivity based on Re / Im ratio), as well as the thickness of the conductive object (in the linear direction) and the dip can be interpreted. 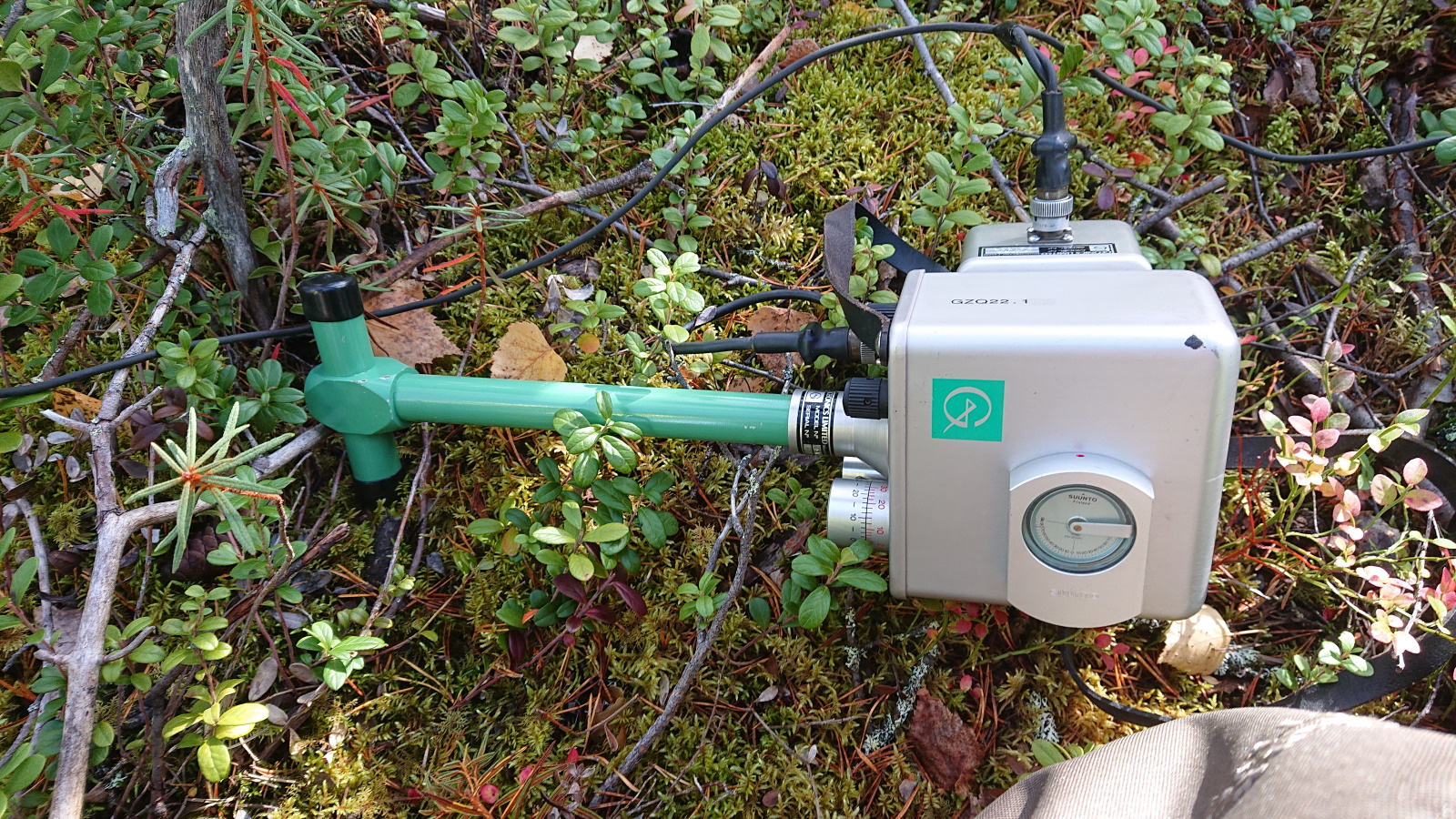